In this customer catch up, we speak to Guy De Wieuw, owner of Petworld, a group of seven pet stores across South Africa and with a franchise in UAE. You can read our case study with Guy here.

Fathom: Tell us about Petworld and how you founded it?

Guy: My wife Nadine and I moved to South Africa from Belgium in 2009. We both have a background in card and gift retail, but we saw that sector starting to decline. We were quite experienced in large specialised retail, and we saw that people were very much into pets here, but that a large pet store similar to Maxi Zoo in Europe or Pets At Home in the UK didn't exist in South Africa. Currently, we have about 110 employees and seven branches, as well as a head office. 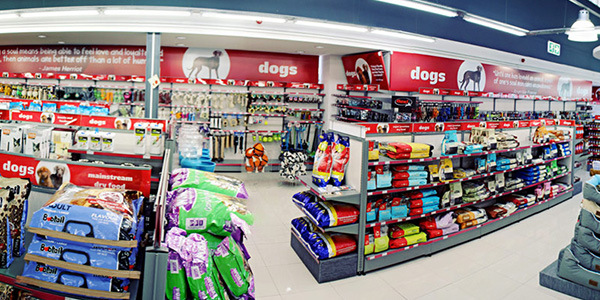 Tell us how you first found Fathom?

We have one investor and I was making reports for him on a monthly basis, but often copying data first into an Excel sheet and then attaching that to the report that I was writing in Word. But sometimes he complained saying, ‘but it doesn't exactly match with the reports’ because we were also sending reports that came out of Xero that our accountant prepared. And he pointed out that there were sometimes discrepancies between the figures.

I was also a bit tired of writing in Word. I'm creating different paragraphs in different colours. It's not an ideal scenario.

I was also a bit tired of writing in Word. I just copy the same document, but I'm creating different paragraphs in different colours. It's not an ideal scenario. It becomes a whole book after a while.

He said, ‘we need to have something better.’ And that led me to Fathom. The reporting was actually the least important part. For me, it was more about having the figures all together, being able to have it consolidated in a much easier way. I did look at other software options, but only software that could integrate 100% with Xero, which Fathom does.

That’s amazing, you're under pressure here, both from your investor and from the COVID crisis, That's normally the time when people don't step out of their comfort zone and take on a new piece of software. It's great that you love it and it’s so easy to set up and use.

Yes, the investor was already pushing me for a couple of months for that sort of information, and gave me more Excel sheets. I said ‘more sheets that I need to keep up to date?! It's a nightmare, I don't want to do that’. And he said, ‘yes, but this figure is not matching with that one.’ We spent a lot of time making sure that our accountancy is up to date. We needed to use that information constructively, and then things fell into place when we found you guys.

And what did your investor think when you presented him with the new numbers and the new reports?

I gave him a few reports. The first one had a bit too much information so I created a custom one that just has the information we need like store comparison. And we’ve added tracking categories so that we have more information from Xero on the different pet categories. It's still an ongoing process, but to me the reporting was almost an extra, what I really wanted was the insights.

'What's your cash flow situation? When is the new store going to be profitable?'... I couldn't answer those, which annoyed me.

I think it was a couple of weeks before the first lockdown here in South Africa when the investor asked me ‘how long will you be able to last? What's your cash flow situation? When is the new store going to be profitable?', and I couldn't answer those, which annoyed me, because I felt like an amateur towards investors. Then I said, 'well, I need to be able to tell these things immediately', and now I can. 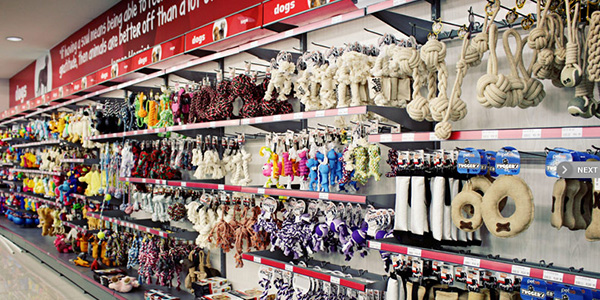 Any comments about the setup procedure? Was that fairly easy, you just imported Xero data?

I think I've spoken with your Customer Success team maybe four times for specific things, but other than that, I've been able to set most of it up myself. From that perspective, linking it with the company’s data went without any hassle, so I was quite happy with that. I wanted to have a bit more KPIs and tracking categories, so I figured out how to do that and create a library.

My investors said, 'I would like to know what your monthly rental is,' so I put that in one of these KPIs that you can create yourself. But he also wanted to know what the date was that the lease ended, so you put a date in. I've created about 10 extra non-financial KPIs. What I created was the number of sales to customers, then you can create an average basket per square metre of the stores so that you can look at turnover per square metre.

Another example is our online store, but we ship it from each store which is closest to the delivery address. I keep a monthly figure of how much they've shipped from a store to know what the percentage of online sales are that they have shipped compared to the brick and mortar sales, things like that.

You can see patterns. That's good as well in COVID, you don't want to be wasting money or having a stock that's not going to move and just sit there.

Talking about different pet categories, you've got them set up now as tracking categories, and you're using nearly 60, right?

Yes. We have pet categories such as dogs, cats, birds, small animals, fish, and reptiles. Then within dogs for instance, we have dog food, dog non-food, dog health and dog vet food and so on. With say fish, you have cold water fish, tropical fish, and marine fish.

And that gives you a level of granularity that you can say dog owners in Joburg buy more food for their dogs than in Cape Town, things like that?

Yes, you can see patterns. If a certain category is suddenly becoming more popular, then you might have to extend that a bit in the stores and maybe reduce birds because it's less popular, something like that. That's good as well in COVID, you don't want to be wasting money or having a stock that's not going to move and just sit there.

Watch on Advisable: What do SMBs want from advisors in difficult times?

Are you able to quantify how much time you saved by using Fathom compared to your previous method of using Excel?

It took me almost a full day a month to make a full report before. While now, ok I had to make a template, but once you have that, it's choosing the right date range and your report is ready. And I have more information on my fingertips all the time.

Have you looked at benchmarking the stores across the group?

Yes. I've set this up too. We have two types of stores, two convenient stores which are about 100 square metres and we have five large stores, which are roughly about 1500 square metres. It's fairly easy to compare those. It gives you a good overview, because you can start to say, ‘well, this store has generated the same profit as that one, but it sold more higher priced items or it's got some big wins.’

Read: benchmarking and reporting with Fathom 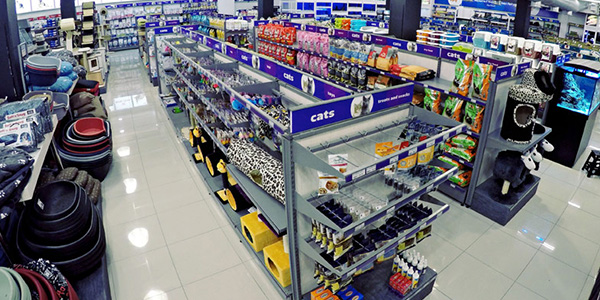 How else did COVID-19 affect your business?

We only knew the day before, on the 26th at about five o'clock, that we were allowed to stay open. And I had still to download documents for the staff to be able to travel. They said, ‘You're an essential service,’ but we still had to apply to get a license or license document to stay open.

Luckily we had just secured an overdraft, which helped us a lot (we’d actually been working on for the last eight months) What we did immediately was a rotation with the staff. We reduced the staff by a third and we wrote to the landlords to reduce the rent by 50%.

Just on business, how's it been? Did you see footfall increase during that time?

During lockdown, we had a drop of 35%. But the month before, we had an increase of about 30%. Obviously, before lockdown it was basically people stocking up on pet food. We had day results then that we will never beat in the rest of my life! Also, we were only allowed to sell essential items, so we could sell dog food, but couldn't sell a dog bed. Obviously, that's a lower profit margin that already cuts a bit in your normal profit margins.

And then since lockdown went to level four and people could buy anything again, we've seen an increase between 25 and 35%.

It seems people have shifted their spending patterns a bit. They spend more on interiors, on their kits, on their pets because they can't travel. They can't go to restaurants. We saw roughly 10% more customers.

This is not really a Fathom question. It's more an emotional question, but do you think people are spending on pets for perhaps the emotional support that pets bring?

Just after the strict lockdown, we saw a lot of fish tanks being sold. People said, ‘well, if I stay at home, I'd rather start a hobby,’ or, ‘That's always something I wanted to spend money on’. We saw a lot of people buy guinea pigs and rabbits to keep the kids busy who were tired of homeschooling I suppose.

What's the future for the business?

The future is they're busy building a second store in Dubai. That should open, I think it's the end of October and they're busy already looking for a third store. The idea is to have about 10 stores in the UAE.

What prompted the move to the UAE from South Africa, and offering franchising there?

Somebody came to me. Obviously, setting up the first store costs you effort and you have to pass on a lot of your knowledge. But it has worked well, UAE is a very scattered market with lots of little shops and not a chain that is dominating and leading the market. And if somebody says, ‘I want to work with you’ then why not?

Finally, have you got any pets yourself, Guy?

We have two Dachshunds and a Doberman!

Thank you for taking the time out of your busy day to chat. The support team is there if you need any more help with anything.

One of the things that I'm really happy about is if I send in a problem or an email, within less than 24 hours, you’ve come back to me with either a meeting or an explanation or a how-to, especially in the beginning. Once you know the software, you work yourself through it and you find most things, but that has been very helpful in the assisting setup.