“Our company philosophy has always been to use the best, most innovative technology on the market – using Xero, as well as Xero add ons such as Chaser, Fathom and Float has allowed us to practice what we preach.”

Sam Ellis is the Head of Finance and Operations at InterWorks, a business intelligence consultancy formed in 2013. Now a 40 strong team based in the South East of England, InterWorks provides businesses with holistic data solutions.

As a consultancy business, InterWorks’ revenue is based on the number of people they can assign to a project. This means the business needs to have clarity into their finances and tight control of their cash in order to grow.

Sam had been tasked with ensuring the business can maintain its current growth trajectory of 40% per year without stressing its finances or operational capacity.

Before joining Interworks in 2015, Sam was a hard-core Sage aficionado. His background in Sage made him sceptical of this new software that Interworks had been using for several years. He expected that Xero would be weak in areas and not as well built as Sage.

But as soon as Sam began using Xero, he found that “not only did Xero have all the same features as Sage but it was much easier to use, and all the processes that were manual in Sage were now automated. Instead of costing me time, Xero was handing me time back.”

“Our company philosophy has always been to use the best, most innovative technology on the market – using Xero, as well as Xero add ons such as Chaser, Fathom and Float has allowed us to practice what we preach.”

Bolstered by this new found efficiency, Sam soon started looking for a way to cut down on the time he was spending chasing invoices. Sam estimates he and his team were spending 1 full day a week phoning and emailing clients to get them to pay. This was becoming unsustainable, so he headed to the Xero marketplace to find to search for Xero add ons that could provide a solution. Chaser stood out as the best Xero add on for the business for invoice chasing because of its functionality and usability.

“Chaser has brought consistency and accuracy to our chasing process and is saving us a huge amount of time.”

He is now chasing 200 invoices a month and saving hours every week. Sam says he and his team only have to spend half a day a week on their credit control now, mostly to deal with replies that require human intervention, such as ‘Yes we will pay on this date’ or ‘We can’t pay you for this reason.’

Moreover, Chaser helps to highlight any invoice chasing problems well in advance, giving Sam the ability to resolve them, meaning InterWorks are more likely to get paid on time.

Sam says, “We work with global businesses who often have teams in different locations which means that sometimes the team we have been in contact with will forget to pass the invoice along to their financial team, we often have replies to the chasers saying ‘I never received that invoice, can you please send it to me.’ The early communication point that comes with Chaser’s ‘before due’ email is really helping us to close gaps.”

Overcoming the board reporting blues - Fathom

Encouraged by this improved efficiency in invoice chasing, Sam started looking to improve his other time-consuming tasks. He set his sights on cleaning up the very manual process he went through to build the board report every month. His routine of exporting the monthly figures from Xero to Excel to be formatted, and then pasting that into Microsoft Word to add commentary before finally exporting the results to a PDF (yikes!) was taking up 3-4 hours every month.

As well as feeling his process was massively inefficient, Sam wasn’t happy with the output as he would often have information sitting across multiple attachments that would have been better explained in one consolidated report. Sam says, “If our board wanted the full picture, they would have to continuously click between the different attachments. It wasn’t great.”

Sam loves the granularity, the easy-to-understand visualisations in both the reporting and analysis tools, and the ability to enter commentary. Most importantly, Sam can now trust that his reports are 100% accurate, which often wasn’t the case when he exported data manually.

Float was the third and latest addition to Sam’s app stack, having heard about the software from a post on the Chaser blog. Cash flow was something he had wanted to automate for a long time but ironically had never found the time to research solutions.

Sam’s previous method of forecasting in Excel was taking him 2-3 days per month. Despite the time investment, he admits to worrying about the accuracy of his projections. Sam says, “I couldn’t rely on the cash flows we had built in Excel to be accurate as we were trying to get the models built quickly, so you know that there’s a good chance that there’s an error. It wasn’t a great feeling producing things that weren’t accurate.”

With a solution in sight, Sam connected Float to Xero and was up and running in under an hour. He says “It was very easy to get started with Float, the whole process from the initial login to having my first cash flow forecast ready took about 45 minutes as I was able to copy and paste my old forecast from Excel into Float. I now spend 5 minutes per month on cash flow and have confidence that what I’m seeing is accurate.”

Because Float pulls in all of the live transactions from Xero, Sam now gets clarity into his cash flow every day. He says this is especially useful as InterWorks is aiming for 40% growth per year, and having insight into future cash is helping to see whether there are going to be any pinch points.

“Float shows us whether or not our revenue and future headcount projections are going to stress the business. In short, Float validates our growth strategy.”

Sam explains how connecting the Chaser, Fathom and Float add ons to Xero has helped him and his team to save the equivalent of 3 months per year and is helping the business to grow in a sustainable, healthy way thanks to more accurate data.

He says, “Connecting these apps to Xero has meant that not only do we save time but we can rely on the data as Xero is our point of truth. We now save over one week a month as a result of having all these linked to Xero, which all adds up.”

As well as the timesaving, Sam is enjoying the confidence he now has in his operations as a result of having everything ticking away in the background.

“Now that I feel our processes are in safe hands, I can focus my time on analysing the data and collaborating with other departments without worrying that something is going to break.”

“Our company philosophy has always been to use the best, most innovative technology on the market – using Xero , as well as Xero add ons such as Chaser, Fathom and Float has allowed us to practice what we preach.”

This article originally appeared on the Float blog. It is reused with permission. 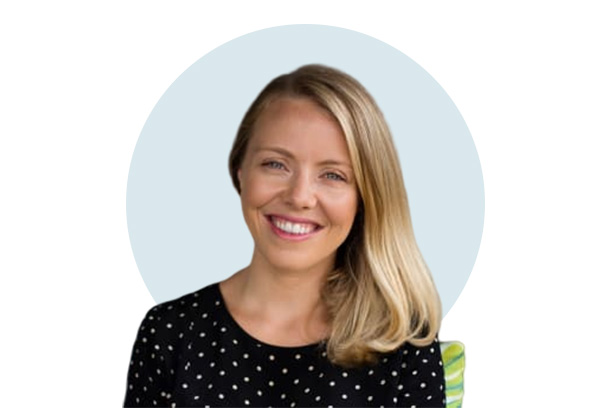 Georgie leads our Brand & Communications team. As one of the company’s first employees, Georgie is passionate about the product and its users. She has over 15 years of experience in communications in a variety of industries and holds a Bachelor of Business/Bachelor of Arts in Marketing and Public Relations.