Our full Q&A with Sean Hackemann from Specialist Accounting Solutions 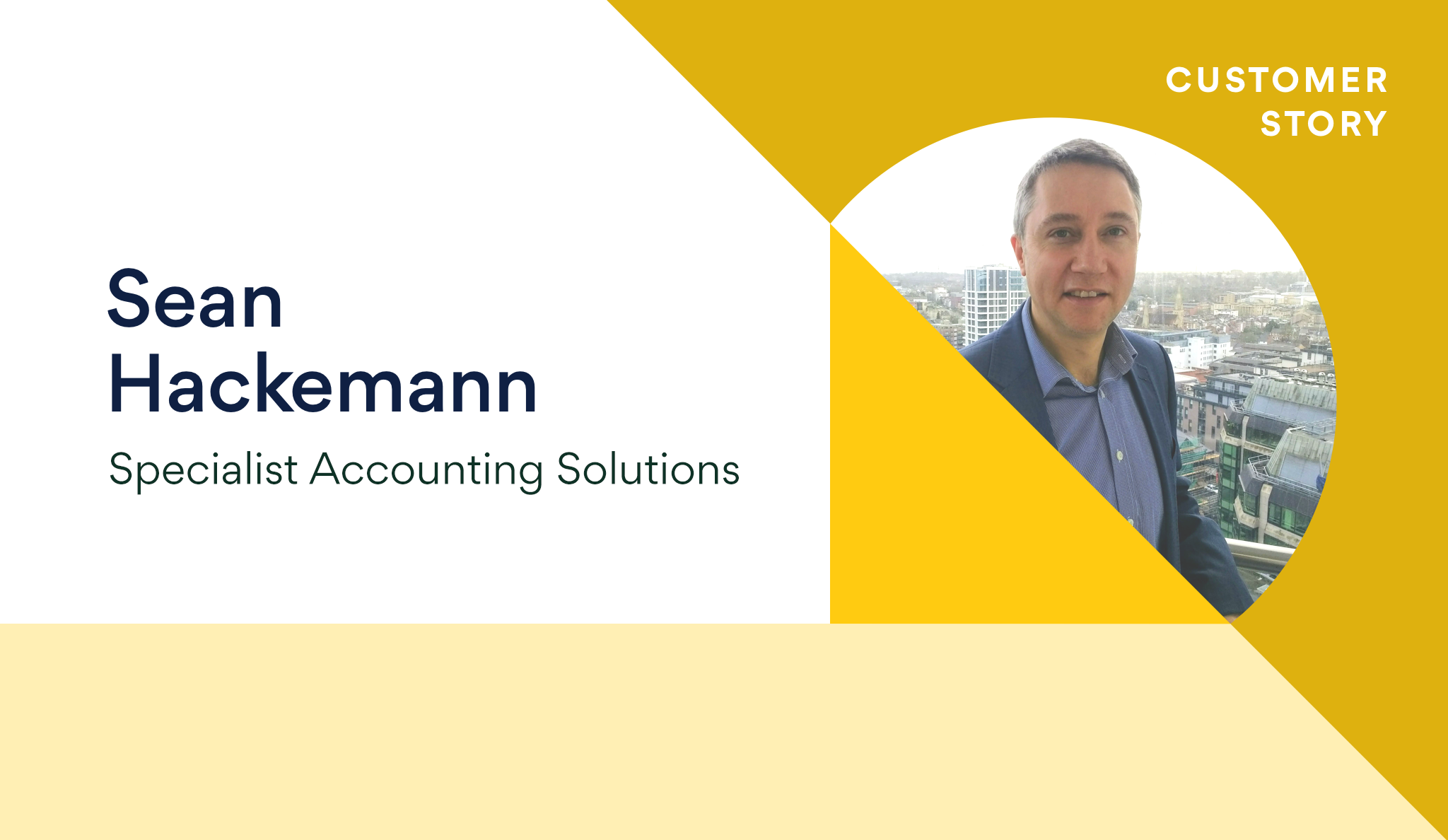 Fathom caught up with Sean Hackemann recently to hear exactly how he uses Fathom in his own words.

This is the detailed Q&A from Sean's customer story.

How did you first discover Fathom?

Sean Hackemann: I met a client with quite a large business, about £60m turnover, and their Chief Exec showed me this really slick report.

So I asked how he produced it, what software did he use, and he said ‘oh I’ve just got this program I put all the numbers in’ and left it at that.

But I just thought this format was so amazing and it looked so good that I just had to find out what made it. So I took a copy home and found out that the software used was Fathom.

What did you use before Fathom?

Sean Hackemann: The old school tool – Powerpoint! We’d take the core tables out of Xero or QuickBooks and put it in a table in Excel, then put that via a link into PowerPoint.

Of course, this has all sorts of issues, such as the links being updated, and making sure you don't rename the file names and so on. So it was quite an arduous process.

I've been writing reports for years and that was just the way you did it, got a PowerPoint presentation, stuck the Excel table in. But you never knew whether the actual final file was the correct file, there was never a live link.

How did Fathom replace this?

Sean Hackemann: So one of the really big things about Fathom was that it is instant; you made a change in Xero, QuickBooks or whatever program you're using, and then that will feed straight through into the table, you don't have to check it again.

That's one of the really big game-changers for us, that we don't have to go through this tedious process of checking every single table to every single number, and that table then back to what it says in the accounting system where some change may have occurred in the last five minutes or so.

How much time and effort do you think this has saved you?

Sean Hackemann: I'd say, on average, we probably save half a day to a day’s work on a regular monthly report.

Three and a half – maybe five, six, seven hours potentially – on just proofing and checking stuff that we now don’t do because we know the date is live.

Multiply that up by the number of reports that we produce, and also the speed at which we can do stuff now, you can see it’s a game-changer.

We don't have to do that anymore, and that makes such a big difference, especially if you've got a very long-winded P&L, or a summary of a balance sheet, or summary of cash flows where you've got to make sure that every single number adds up.

This is important because funders see it, banks see it; the owner of the business wants to know what's going on, so we can't afford to get it wrong. One minus in the wrong direction and you're screwed.

Look at what happened to Superdry recently, they got their numbers wrong in an Excel sheet and that's a listed company.

How else are you using Fathom?

Sean Hackemann: Our clients tend to need more individual reporting granularity than your average business; previously they didn't know what was going on, so we now can show them.

Other businesses are a bit more straightforward.

Yes, we can tell them exactly what's going on, but also show them visually where growth is coming from. We do a lot of comparison of this year to last if the business is growing very fast.

We can also show them things like which revenue streams are growing quicker, where are we losing margin and where are we gaining.

The toolbox that we can open up with Fathom, and the different things we can explore and look at, that’s a nice thing to have. So you can vary what you're using depending on what the client requirements are, and that's quite useful.

Because it's not a one size fits all approach, with Fathom, it's a very customisable approach, which I really like.

What happens often, is we pull out a report, and then something happens such as a change in performance, and we then add other graphs into it, just to show the trend.

That's quite handy to have as well, just to sort of be able to scale up or down the level of reporting on certain matters that we think are important.

How does the way you present information from Fathom to clients differ from how you were doing it previously?

Sean Hackemann: It’s cool to be able to add text to the numbers, right where the numbers are, rather than having them on a PowerPoint slide where chances are, they might be slightly different.

We then email them a link to the report, that's more so for security purposes because they expire after 30 days.

But what we’ve been doing recently, which has been amazingly popular, is video commentary. So I’ll have the report in preview mode on my screen and then run through the highlights of things that I think are important.

And it adds another level of personality, you make your client feel pretty special with that.

If I tell you I've done a video just for you, that's a pretty powerful thing to do. It's not for LinkedIn, it's not for your mates, it's not for the family, it's just for you – this is me talking to you on a management report that I also prepared for the company.

It’s not just that though, I'm very good at writing stuff, but sometimes you need a little bit of narrative around it. Like how sometimes it's easier to talk to people on the phone to explain something to them.

What feedback do clients give you on a Fathom generated report, did they find it useful?

Sean Hackemann: I mean, honestly, it sells itself. I say to potential clients ‘we'll give you a sample report, have a look at it, I can guarantee you'll buy it’.

I had another potential client come in late 2019. I gave them a sample Fathom report, added my video commentary on that Fathom report, and they said it was amazing. They had never seen anything like that before. And they were using Xero, so it's not as if they were behind the curve technology-wise.

In our experience, people are very, very, very enthusiastic about Fathom. It sells itself, literally, because of the level of management information you get, the different presentation of the reports, the way it looks. It’s so much better than any kind of Excel spreadsheet, so much more powerful.

You can see so much more about what’s going on.

So feedback has been positive. In particular when you bundle it with video delivery. As the first pitch for work, if they're interested in talking to someone like you, you're guaranteed a second meeting, that's just going to happen. So, for us, it's been a very powerful tool.

What features in Fathom do you particularly make use of?

Sean Hackemann: We really like the divisional reporting, that's very important to us, and to some of our clients. And then I suppose the other thing that we use very often is we use the Cash Flow chart as well, and we use lots of KPIs in a bar chart format, for example, gross profit.

We're very keen on the charts because you can spot trends there. We use the placeholders now an awful lot too because that saves us a lot of time in our commentary.

We can say, ‘the total amount of debt owing to A is X’, and we don't have to worry about calculating that each time, we can create a KPI, and then it pulls it into the report.

Again, that comes back to having the assurance that we don't have to check the numbers. It saves us time, we know it's correct.

Numbers don't mean a lot to a lot of people, so when they see data in a graph, that's when it creates meaning for them. And that's when you know you've done your job right because ultimately, that's what we're trying to do, we're trying to help clients understand their business from a financial perspective.

And you know, we want to be better than any other firm out there that does that. And as I said, the more tools we've got at our disposal to do that, the better really. And that's what we use Fathom for.

Do you have an example of using Fathom with a client?

Sean Hackemann: One of our clients is a pharmacy group with five or six branches. Their previous accountants had a Sage system and just gave the guy consolidated numbers.

Fathom’s ability to show branch performance such as revenue by branch, just in a nice neat graph, is great.

And also we showed the numbers by branch using a divisional analysis. That’s powerful, to how individual branches are performing, which has driven many operational changes at the branch level in terms of what happens in the shop.

The result of this was that the whole group now has been uplifted because they know exactly where the issues are: where they are spending too much money? What's above a benchmark? What should be below the benchmark?

They've got a really good idea of where the numbers should be, so do we. And we can spot that pretty much straight away.

To have that level of granularity is important. 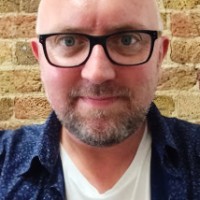